The first UK-wide citizens’ assembly on climate change has published its final report. The assembly was set up by the House of Commons and brought together 100+ people from all walks of life and of all shades of opinion to discuss how the UK should meet its target of net zero greenhouse gas emissions by the year 2050.

Find out more and see what they concluded here: https://www.climateassembly.uk/

Among their suggestions is a stopping the sale of the most polluting vehicles such as SUVs, with some support for an outright ban on SUVs. A conclusion that is all the more understandable given that ... 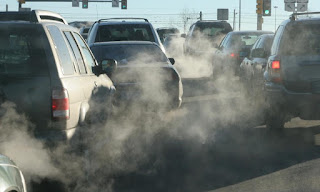 International Energy Agency researchers have found that SUVs are the second largest cause of the global rise in carbon dioxide emissions over the past decade, eclipsing all shipping, aviation, heavy industry and even trucks. Each year, SUVs belch out 700 megatonnes of CO2, about the entire output of the UK and Netherlands combined. There are now campaigns to at the very least ban SUV advertising as a first step to curbing these filthy monsters.

Full story in the Guardian: How SUVs conquered the world – at the expense of its climate

It's not just the pollution and environmental destruction. In an accident, the high sides of SUVs tend to strike pedestrians and cyclists on the upper torso, meaning that they are more likely to go under the car and be crushed. A study in three Michigan cities found that one hundred percent of pedestrians in SUV collisions at speeds of 40 mph or greater died, versus 54 percent who were struck by cars. Children, being shorter, are especially menaced by these vehicles.

Ealing Council has rolled out an on-line consultation on its Low Traffic Neighbourhoods based on an interactive map. You can learn about the review and monitoring of the LTNs and make your comments on Ealing's trial low traffic neighbourhoods project on Commonplace by clicking 'View map and comment'.

Posted by EalingFoE at 07:45 No comments:

We need new green jobs, not a bail-out of the planet-destroying industries

As we emerge from lock down, the world has to create new jobs in the green industries of the future, not bail out big-oil and aviation whose emissions are putting our very existence on this planet in peril. Temperatures this month have been as high as an astonishing 38C in the Siberian Arctic. [See: "Arctic Circle sees 'highest-ever' recorded temperatures"] 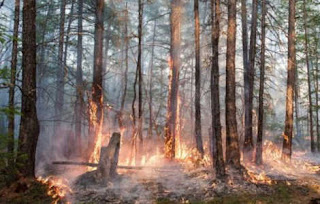 It's urgent that the UK government fully backs plans by local councils such as Ealing's to go carbon neutral ASAP and matches those efforts with a national plan.
The science is clear. Failure to act would mean that we would stumble out of the Covid crisis only to face a looming and far worse climate catastrophe.
Posted by EalingFoE at 09:01 No comments:

Traffic volumes in London before the Covid pandemic were already causing air pollution that kills over 9000 Londoners every year, and producing CO2 emissions that contribute to the looming climate catastrophe. Now, with the reduced capacity of public transport due to Covid we need a safe alternative that doesn’t involve burning oil to move around thousands of one and a half ton metal boxes (cars), typically containing just a single passenger each.

So it's good news that Ealing Council and the London Mayor aim to to make it safer to walk or cycle. But to transform our city we need first class cycling provision. What does that mean?

The Dutch have done it - why can't we?

We know first class cycling provision. is possible because the Dutch (and others) have done it. Take a look at these short videos about the truly inspirational cycling facilities in Holland:

"How the Dutch got their cycle paths" [6 minutes]

"Utrecht: Planning for People & Bikes, Not for Cars" [13 minutes]

What are Ealing doing?

A map by active travel charity Sustrans enables people to view their local authority’s response to the Covid-19 crisis in the provision of safe infrastructure for walkers and cyclists. (Note: On the Sustrans website, to see the map, you need to open the link “head to the map here” near the end of the article).

If you can suggest a cycling improvement, contact your councillors. You could also add your suggestion to this interactive map that allows people to suggest improvements for walking or cycling: WidenMyPath

Video by Dave Watson: Top Tips for Cycling in London

"How cycling could help solve the coronavirus transport crisis" - video from The Guardian.

Posted by EalingFoE at 15:35 No comments:

Ealing Friends of the Earth has been visiting local schools to give talks on environmental issues. Currently we have two talks designed for primary school children:

This talk was designed for the earlier years (e.g. years 1-3) and to be fun, informative and not scary. It shows how we should avoid generating plastic waste because while natural materials break down in a compost heap, plastics do not. And it promotes the use of tap water in re-fillable water bottles (or from a water fountain) instead of buying water. It includes some short film clips showing a speeded up compost heap and how plastic gets carried into the sea.

The Environment and Air Pollution (+ walking or cycling to school)

The second talk is designed for slightly older children to introduce the concept of 'an environment' and then focus on the issue of air pollution. It makes use of views of Earth from space so that our atmosphere is seen as precious and finite, and something we need to care for just as astronauts care for air in the space station. One way children can help to reduce air pollution is to walk or cycle when possible, rather than travel by car. 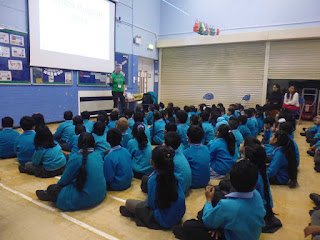 The photos show Ealing Friends of the Earth volunteers Sheila and Donald speaking at the Hambrough assemblies, where they also stayed on to do some class workshops. 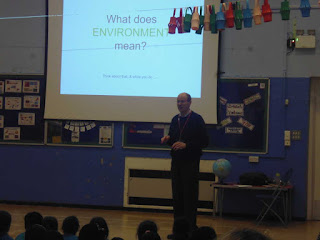 Posted by EalingFoE at 13:41 No comments:

Ealing Friends of the Earth hosted another group of young people undertaking the National Citizen Service (NCS) in October-November. NCS is a government backed programme which brings young people aged 15 to 17 from different backgrounds together for a common purpose. There are three sessions. The first is an introductory session which sets the 'challenge', the second is a follow up to monitor progress, and the final session which was held on 16th November is when they carry out their project.

As the weather was forecast to be reasonable, it was arranged to meet in Walpole Park where they would put up a stall to work from.

The stall worked well. Several people came to see what they were doing and pinned notes on the tree that they had drawn, the students discussed climate change with a couple of people and also walked round the park handing out EFoE leaflets and their Eco-friendly checklist cards. At one point, the Ealing park ranger intervened as we hadn't applied for permission to put up the stall – but she was very positive and instead got the students involved in a planting bulbs project nearby.

In the afternoon the social media project didn’t really take off as the student who has set up an Ealing Friends of the Earth Instagram account was absent and we couldn’t get the password for the account. Instead Nic and Caroline had a lesson on Instagram. When we get the password details we will go onto the account and put into practice what we have been taught.

For the future, NCS is changing its provider from The Challenge to other (mainly sports) organisations so it's not clear if EFoE will continue to have the opportunity to host NCS groups.

Posted by EalingFoE at 10:10 No comments: 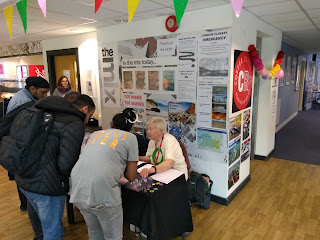 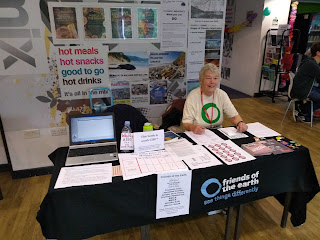 Our Stall's theme was mainly plastics and climate change. We highlighted the expense and wastefulness of buying water in disposable bottles. We also took a laptop computer so that we could show short films.

When we held a stall at WLC last year, the college had a system by which if the students visit several stalls, they got a free bag of popcorn. This was very effective in encouraging students to visit the stalls. Unfortunately this year the college weren't able to arrange for popcorn, and it was a little harder to get students to engage. However we managed to speak to over 40 people and this is a group we'd really like to get through to, so it feels well worth doing.


We knew we'd meet students from many countries and we came armed with some details about FoE around the world and about the environmental problems in areas such as the middle east and Africa.
Posted by EalingFoE at 06:22 No comments:

At the start of September we made our usual appearance in the Brentford Festival.

Our stall contained a wealth of information on posters and in campaign leaflets. We also had a range of zero-waste products to sell. 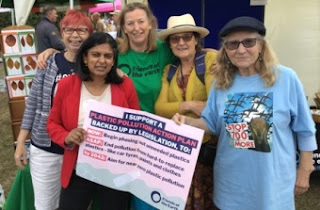 During the day we were visited by Rupa Huq MP who showed her support for the Friends of the Earth PLASTIC POLLUTION ACTION PLAN by tweeting the photograph shown here.

Posted by EalingFoE at 05:40 No comments: